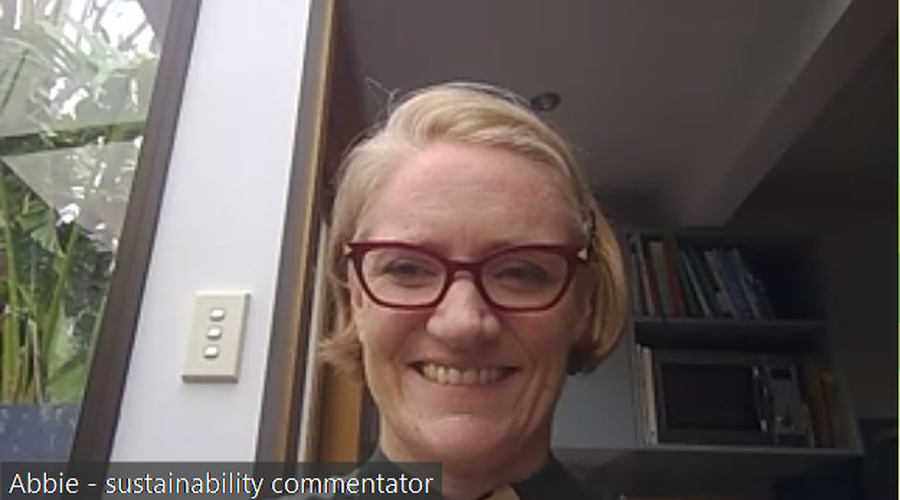 Summary of the Mindful Money online seminar: Budget Day – does it deliver a sustainable future?

Barry Coates, head of Mindful Money, welcomed the audience to the analysis of Budget 2020, the sixth in the series of weekly seminars. The seminar was held two hours after Grant Robertson, Minister of Finance, announced the budget. He welcomed the panelists:

Did the budget meet your expectations?

Most of the panel expected the focus on jobs and business recovery, but had still retained hope there may be elements to support a more transformational outcome. As Abbie said, when you work in sustainability, you have to live in a place of hope! There was not much of a focus on longer term issues such as biodiversity and climate change.

David noted that this is the second wellbeing budget. It was hardly a surprise that there was a greater weighting towards present rather than future wellbeing. It was surprising that there were not more specific announcements on infrastructure projects. We may see some more transformational spending in the projects to come and the $20 billion as yet unallocated.

Bridget reflected how fortunate we are to be raising this large amount of funding in an era of low current public debt and very low interest rates. That makes debt service costs affordable, at least in the short term.

Barry noted that the pre-budget statement from the Finance Minister had set the bar high, hinting at a more transformational approach. However, it was clear that the priority needed to be on jobs and short term measures to avoid high unemployment and company collapses.

What were your favourite announcements?

The $1.1 billion investment in environmental improvement and green jobs was a highlight for Abbie and panelists, including habitat protection, pest eradication and biodiversity. This funding creates an estimated 11,000 jobs, most of them able to be recruited without delay (as there will be with physical ‘shovel-ready’ infrastructure).

David noted that the budget supports farmers suffering from the North Island drought. On farm responses can work together with environmental improvements to help build greater resilience for future climate impacts.

There is a new Budget for decarbonisation of the public sector, including hospitals. The Health sector is estimated to contribute 3-8% of carbon dioxide emissions, and the decarbonisation projects should help de-link emissions from the future growth in the health sector.

Bridget said affordable housing was a highlight, with 8000 new houses financed, most of them through Kāinga Ora. In addition, the schools programme will provide lunches for 200,000 children, covering substantially all decile 1-4 schools and creating 2,400 jobs. This will be important at a time that many families are struggling. These are part of redressing the past neglect of our crucial public services.

Abbie noted that it is exciting to see many provisions focused on young people, including investing in foster care, training and development for young people and the inclusion of child poverty indicators. It is also good to see investments in encouraging E-commerce and online business. She noted that it is not clear yet whether some of the investments in infrastructure will lock in carbon emissions or put us on a lower emissions path – for example, will the ferries being funded be electric-powered.

Barry welcomed the $1.5 billion investment in trades and apprentice training, including a number of programmes targeted to Māori and Pasifika youth.

What were you disappointed about?

David commented that, while there was nothing obvious in the Budget that would lock New Zealand further into a carbon dependent approach, there is not yet much that could be termed transformational. This is consistent with an article that David recent wrote characterising the government’s approach as transitional – moving away from the status quo and business as usual, while not yet introducing new systems, institutions and approaches that would transform the economy.

Bridget referred to comments from iwi leaders at the COVID Response Committee expressing frustration at the lack of a partnership approach. The language of partnership was not evident in the Budget. This echoes concerns over a lack of consultation from the business community. This suggests a lack of collaboration and co-creation, and gives rise to concerns over whether the funding will be effective. There will be concerns that the allocations for initiatives like Whānau Ora are insufficient and there has been little follow-up on the Welfare Expert Advisory Group’s recommendations.

Abbie expressed disappointment that there has not been a funding boost for the organisations delivering much-needed core services. The community sector and other charitable organisations, like St Johns, have been struggling to cope with additional people in need. The community sector typically does not have a loud voice and they do not appear to have been fully recognised in the Budget.

Barry picked up on the point about whose voice gets listened to. The Budget chose direct support for business, rather than boosting household income, using mechanisms like transfers (helicopter money), guaranteed income or a UBI. In particular, the lack of an increase to the benefit is of real concern. There is a huge disparity. A single person on the Job Seeker’s Allowance receives $281 per week, significantly more than then wage subsidy of $585 per week. As Bridget noted, this would have been an opportunity to respond to recommendations from the Expert Group on Welfare.

Overall do you think this sets us on a path to a sustainable and just recovery?

The Budget has a number of beneficial elements, but it has an operational/managerial emphasis, rather than a significant shift through strategic initiatives like marine environment, electrification, renewables, circular economy, regenerative agriculture, resilience, inequality or systems shift that will be needed.

At the same time, the panel recognised that this is a recovery Budget focused on jobs, and there are still opportunities for a more far-reaching approach in the further allocation of $20 billion yet to come.

Spending priorities for the future?

The $3 billion infrastructure funding could be spent on projects such as renewable energy, rail, electrification, decarbonisation and regenerative agriculture.

The larger $20 billion allocation needs a strategic approach such as the integration of our transport systems, including ports, rail, and shipping infrastructure. These will need to be resilient to climate impacts, the changing nature of tourism and changes in supply chains.

Should employers be expected to take on more stringent obligations in return for the wage subsidy and business support?

This will be a difficult time for businesses and there will be uneven impacts across sectors. It will be a tough time to require

What innovative institutional changes could be put in place?

David referred to the Reference to EDS work on RMA. How might we better organise larger pieces of legislation to improve synergies, reduce conflicts and bring more coherence. This could be built around a "futures commission" that anticipates future problems, as proposed by Professor Jonathan Boston.

Bridget referred to discussions through Koi Tū looking at the diverse initiatives that are being undertaken on the environment. Yet there is no overall coordinating mechanism. There may be a need for institutional structure that brings these elements together.

Might this be the right time to consider constitutional change to embed a partnership under te Tiriti o Waitangi? While this is a daunting time to embark on a major new process, Abbie suggested that this may help also introduce more of a holistic and long term perspective on the challenges ahead. A te ao Māori framework would help us as a society to look at alternative viewpoints.

David noted that the current period, focused on the short term, is not necessarily the right time to be engaging in a difficult process that neds to look at the long term. As previously discussed, there has been a lack of a partnership approach in the COVID response so far. Bridget noted that, on the upside, our response to the COVID crisis has demonstrated unity and collaboration that may allow a constructive dialogue to take place. We have proven that we can put partisanship aside.

Where does the Budget leave the Living Standards Framework? David noted that the framework is an assessment tool. It doesn’t prescribe certain outcomes, but asks govt to take some things more seriously by considering the four capitals – social, natural, human and economic.

Abbie noted that the Sustainable Development Goals are also a framework that could provide coherence to the overall programme. The SDGs would give us a chance to benchmark ourselves internationally and develop key indicators.

David noted that government procurement can become an opportunity to steer us towards sustainable development, requiring best practice from a social and environmental perspective. This could set the direction for ongoing private sector action. For example, we will still need roads, but they can be designed and constructed in ways that have a far lighter footprint on the environment and communities.

Abbie agreed that the ‘how’ we do infrastructure is important. It is not sufficient to just look at ‘environmental projects’ – sustainability needs to be built into all aspects of the Budget, especially infrastructure projects. It is often difficult to do as an individual business, and the gaps are not always a lack of money. Government can provide leadership to drive private sector innovation.

Barry thanks the audience and the panelists for a really interesting discussion.